Wyoming CLASS Board of Trustees 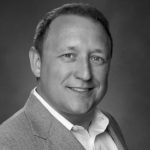 Bill is the County Commissioner for Johnson County; he was elected to the County Commission in 2014, reelected in 2018, and has served as the Chairman since 2016. Previously, he interned with U.S. Senator Craig Thomas and worked as a Research Assistant for U.S. Senator Mike Enzi. In 2017, Bill served as an American Council of Young Political Leaders (ACYPL) delegate to China, and in 2018 he completed a Leadership Cohort with the American Enterprise Institute. In 2019, he returned to China with ACYPL to commemorate the fortieth anniversary of normalized relations between the two nations. When not advocating for counties, he operates the 1892 Group, LLC., a boutique public affairs and political consulting firm.

Bill received a Bachelor of Arts in International Relations with methods in Agri-Business Management from Michigan State University and completed an externship with APPICO HITECH in Bangkok, Thailand. He received a Master of Arts in National Security Strategic Studies from the United States Naval War College and studied Civil-Military Relations at the National Defense University. Active within the Wyoming County Commissioners Association, Bill previously chaired the Revenue Committee and received the 2018 Riding for the Brand Award. 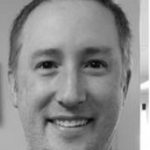 Matt is the Director of Administrative Services for the City of Rock Springs. He joined the City of Rock Springs as a Senior Accountant before being appointed by the Mayor to the Director of Administrative Services. He is currently in charge of six divisions including finance, water/sewer administration, public housing, the historical museum, information technology, and the urban renewal agency. In his capacity with the City, he also serves as the City Clerk and City Treasurer.

Prior to his time at the City of Rock Springs, Matt worked for the State of Montana as an Accountant and has more than twenty years of experience in governmental accounting/finance. He received a Bachelor of Science in Accounting and Business Administration from Carroll College and has been a Certified Public Accountant in Wyoming since 2011. Matt volunteers for the Boys & Girls Club of Sweetwater County, the United Way of Southwest Wyoming, and the Joint Powers Telecommunications Board in Sweetwater County. 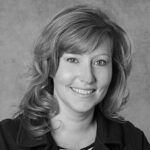 Catherine currently serves as the Teton County Treasurer; she has been in governmental and non-profit accounting for over 25 years.  Catherine earned both a Bachelor’s and Master’s degree in Finance and Accounting from Regis University in Denver, Colorado. She is active in the community, serving on many boards including as Board President of the Wyoming County Treasurers Association.