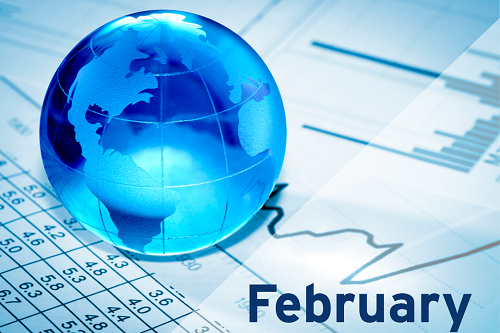 Following a difficult winter holiday season, new cases of COVID-19 have been falling since January 8 and are now back to early November levels. Based on data from the Centers for Disease Control and Prevention, the country is averaging 1.4 million vaccinations per day with close to 10% of the population already receiving at least one dose.

The U.S. economy continued its recovery in the fourth quarter with real GDP growing at an annualized rate of 4%. As a result, the full year 2020 GDP contracted by 3.5%. According to Bloomberg consensus estimates, 2021 GDP is expected to grow at around 4%. The unemployment rate fell to 6.3% in January 2021, down from 6.7% the prior month although the decline partly resulted from over 400k people leaving the labor force. Nonfarm employment came in below expectations in January with 49k jobs added but still marked some improvement following December’s material 227k job drop.

The relatively weak January showing further bolstered arguments for additional fiscal stimulus, particularly as the long-term jobless rate accounts for almost 40% of all unemployed individuals. The $900 billion relief package passed by Congress in December created a bridge for the unemployed and small businesses affected by the pandemic.

President Biden’s proposed $1.9 trillion stimulus plan is currently being pieced together by lawmakers and is expected to be voted on towards the end of February or early March. Democrats have a narrow majority in Congress, opening the door for major action to help the economy recover. Boosting consumer spending and the speed of the COVID-19 vaccination rate will be instrumental in kickstarting economic growth.

The Fed continues to take an accommodative stance to support the economy with short-term interest rates hovering just above zero. However, it may consider a minor policy adjustment by increasing the Interest Rate on Excess Reserves – the rate paid to banks for excess reserves parked at the central bank. While the Fed’s policies have intentionally crushed interest rates, it does not want to cross over into negative territory.