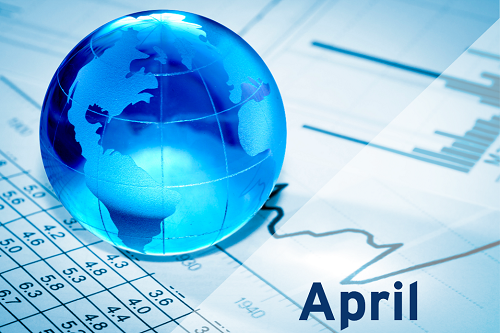 The Fed is Never Out of Ammunition

With over 600,000 confirmed cases across the country, the U.S. has become the epicenter of the global COVID-19 pandemic in just a few weeks’ time. The U.S. economy continues to deteriorate with the contraction beginning to draw more parallels to the Great Depression than the Great Financial Crisis of 2008. More than 17 million Americans have now filed for unemployment, testing the resources of state and local officials to their limits and leaving over 10% of the U.S. workforce jobless.

On March 28, President Trump signed into law a fiscal stimulus package to the tune of $2.2 trillion, the largest in U.S. history. The bill is designed to improve unemployment insurance, grant loans to businesses to discourage layoffs, and ensure support to state and local authorities. Accessing the government funds, however, has proven to be an operational nightmare with the sheer number of applications alone indicating the package only scratches the surface of outstanding demand. While Congress will likely need to secure additional rescue funds over the coming weeks, the Federal Reserve has wasted no time doing everything within its power to facilitate ample liquidity and the continued flow of credit in the fixed-income markets.

Having cut its target rate to near zero and reinstating quantitative easing, the Fed has announced unprecedented measures to ensure that liquidity problems do not exacerbate into solvency problems. The Fed has significantly expanded its open market operations, introducing several facilities in short order including agreeing to purchase assets ranging from high-grade commercial paper to junk bonds. On April 9, the Fed unveiled the largest weapon in its arsenal to date, unleashing a series of lending programs worth an additional $2.3 trillion to support households, businesses, and state and local governments.

Market volatility has somewhat subsided, and risk assets have positively responded to the Fed’s actions with credit spreads narrowing sharply from March’s historic blowout and liquidity in the marketplace beginning to resurface. While Americans are surely eager to return to a sense of normalcy, reopening the economy remains contingent on containing the virus and exactly when that can be achieved is still anyone’s best guess.